The Secret Teaching of Sorrow is the 2nd album from French dark alternative rock quartet Melt. The band originally started as a duo when vocalist Charlotte and guitarist Oliver met in October 2007. During the first 8 years of living together they created the first Melt demos, in what can only be described as chaos. The result was a very personal combination of rock and metal: screaming – not with your guts but with your soul. The music is dark, but ironically Charlotte and Oliver formed the band in pursuit of light and hope in the world.

In 2015 these two roaming souls met Roméo (drums) and Jux (bass guitar) – and so Melt could finally become a band, playing on every kind of stage in their area for the next 5 years.

Olivier and Charlotte both play guitar, while Charlottes writes lyrics and sings in her own unique way: her lyrics are “oniric” – a mix of English and sometimes an imaginary, invented language, disconnected from the earthly world. 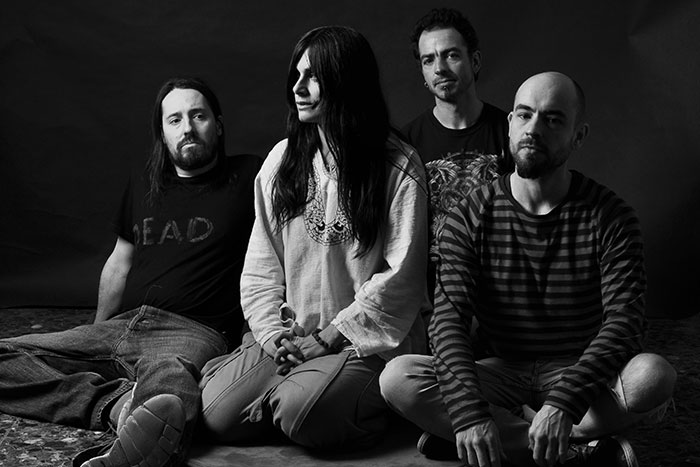